On Hooks and Other Excellent Ways to Start Your Story 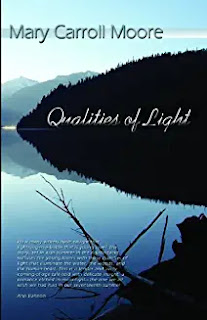 When I was shopping my first novel, Qualities of Light, to publishers, along with the rejections, I received an incredibly valuable piece of advice:  start the story later.

That's where the hook is, where the book actually begins.  She declined the manuscript, as had others, but wished me all the luck in the world.


I hate rejections.  You may too.  But some rejections, if they come with a decent piece of feedback, can change your writing life. They are indeed luck to writers, even if they don't feel that way initially.

Of course, I moped for a few weeks, carrying on in my head about the terrible state of publishing today and $#&$ editors in general.  When I stopped ranting, I took a breath and considered her idea.  Jettison the first four chapters--really!?!

I'd bled over those chapters. How could I just let them go?

On the other hand, if no one else ever read them except those editors doing the rejecting, did it actually matter?

So, one brave day, I tested her theory.  I copied the first four chapters, all fifty pages of them, and cut them from my document.  I saved them in a separate file, because I'm loathe to abandon my work even when it's not working just there.  I reworked chapter 5 to make it read like an opening.  I sent the manuscript out one more time to a small press I'd had my eye on, recommended by another (luckier) author in the same genre.

And it happened.  Within a month, I got that call we all wait for--the new editor loved it.  She especially loved where the story started.  She was hooked by the hook.

Writing teachers will tell you this, and you've probably heard it already:  start your story later than you think you should.  So many of us feel we need to "set the stage" or "give the reader information so they'll understand the situation."  But truthfully, most readers are as wicked smart as my editor and they catch on quite quickly.  First chapters, even first pages now, must be gripping.  They ideally drop us right into the middle of a crisis, turning point, decision, or other life change.  The point of chapter 1 is to keep the reader reading, right?  Not to give away everything.  Not yet.

I made the same mistake, though, with novel number 2.  Outlaws originally began with someone fleeing a crime scene she would later be framed for.  I thought that was "hook" enough for anyone.  But Outlaws didn't sell either, and I was taking it a trickier route.  My current publisher wanted it, but I wanted to find an agent this time around.  It'd been too long since my former agent retired. I'd sold two memoirs and one novel on my own.  Time to test the waters again.

But after ten months of nothing but kind rejections, I was puzzled.   Hadn't I followed the rules?  Wasn't Outlaws' hook strong enough?

A friend told me to get a professional opinion--or two--beyond my writer's groups.  So I hired some editors to read the manuscript.  One gave me the same priceless advice that I'd received for my first novel.  The real hook, the one that linked the main story of two women desperately trying to rescue each other, happened four chapters later.

Yes, I'd chosen an action to start the story, but it was not an action that presented the main internal dilemma--what do we need to let go of to find family again.

Aside from noticing my repeating tendency to write four chapters of warm-up (something I'm watching carefully for my current novel-in-progress), I learned a lot from this experience.  I did get an agent for Outlaws, and she's helped me deepen that very story of the two women, which she also feels is the essence of the book.  The action is all important, but the relationships are even more.  But I learned that the start of a story is about more than an outer hook.  It needs to also present an inner question or quest.

Dave King, an editing guru who writes for Writers Unboxed blog, posted an excellent article about this very topic.  You can read it here or by going to www.writersunboxed.com and searching for Dave King then "hook."

And Jane Friedman's blog has an interesting article on story starts here.  If no luck with the link, go to www.janefriedman.com and search for "story openings."